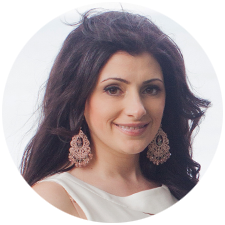 Jessica Hanna was born in Leamington, Ontario and attended graduate school at Wayne State University for her Doctor of Pharmacy degree.  During her time as a student, Jessica researched cholesterol-lowering medications and wrote an article that was accepted into the American Journal of Geriatric Pharmacotherapy.  She was one of the rare students to be a primary author in a medical journal and went on to be a keynote speaker for several continuing education events for various healthcare professionals including physicians and nurses as well as other pharmacists.  When Jessica graduated she instantly became a pharmacy manager for a large pharmacy chain.  During her time as a manager, she realized that corporate policies did not always put the patient’s best interests first.  This is when she decided to leave the big chain and move to the beautiful city of Sarnia in 2010 and find a better way to practice pharmacy.  At that time she worked as a freelance pharmacist filling in for pharmacists at Zellers pharmacy.  When Zellers announced it’s closing, Jessica was bombarded by patients asking where she would be working next.  This is when she and her husband decided open their own pharmacy, their way, where they could always ensure that the patient was more important than the bottom line.  In 2012, they opened Centrepoint IDA Pharmacy, and her dream became a reality.

Even though she attained her dream of her own pharmacy, Jessica has not stopped there.  She continues to expand her knowledge by remaining involved in the academic world.  She was a professor at Lambton College for the Pharmacy Technician Bridging Program as well as an associate professor at Wayne State University focusing on Men’s Health in the Special Populations module for Doctor of Pharmacy Students.   Jessica also continues to use her teaching skills in the community as she visits several retirement and nursing homes educating residents on important subjects such as the dangers of over the counter medications and drug interactions.  She was featured on local Cogeco television show “Wright to the Point” to educate the community on the influenza virus.  She also continues to provide extra services to her patients such as immunizations beyond the flu (i.e. travel and shingles vaccines), in-store warfarin/Coumadin INR testing, on-the-spot cholesterol testing, a weight-loss program and much more.  These extra services her and her husband provide for their patients is what earned them the prestigious Outstanding Customer Service Award for 2016 from the Sarnia Chamber of Commerce.

Aside from being an exceptional practitioner in her field. Jessica has a big passion from community involvement.  She has been a volunteer for the Inn of the Good Shepherd, her local community church (Our Lady of Mercy cluster parishes) and the Sarnia chapter for Canadian Blood Services.  In 2014, her husband Lamar was struck with a rare illness called Autoimmune Hemolytic Anemia that left him in the ICU for 4 days and in Victoria Hospital in London, Ontario for 23 days total.  During this time, 10 blood transfusions helped doctors keep him alive long enough to cure his illness.  Since this tragic event, Jessica has spoken out at several churches, office buildings, conventions etc. about the importance of blood donation.  Sharing her husband’s story from the eyes of a caregiver has gained several new blood donors in our community that is so desperately needed.  Her and her husband have also ran several fundraising events at their pharmacy for Canadian Blood Services as well as other rare diseases such as PANDAS and Cystic Fibrosis.  From this experience, Jessica not only understands what it is to be an exceptional pharmacist, but also to be a caregiver to an ill family member – and she wants nothing more than to help those in need the same way she needed help when her husband was ill.  This is where their concept of “Let Our Family, Take Care of Your Family” has taken on new life and is their ultimate mission.